You are here: Home / Archives for Thanksgiving

Thanksgiving Song Of The Day - "Surfin' Bird" by The Trashmen Yes, I've played the "Alice's Restaurant Massacree" by Arlo Guthrie every Thanksgiving ever since I was a little kid...and I will force my family to sit through it again tomorrow. However, aside from, perhaps, "Bye Bye Birdie," I can't seem to think of a more appropriate song for Thanksgiving...so as we give thanks, … END_OF_DOCUMENT_TOKEN_TO_BE_REPLACED 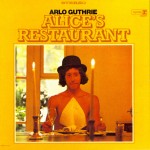 Song Of The Day by Eric Berman – The Thanksgiving Trifecta #1 - "Alice's Restaurant Massacree" by Arlo Guthrie It wouldn't be Thanksgiving without Arlo's classic 1967 shaggy dog story of a bunch of hippies doin' their best to lend a hand to a friend by disposing some garbage on Thanksgiving. It's a true story about a true Alice, in fact; my Aunt's sister was good friends … END_OF_DOCUMENT_TOKEN_TO_BE_REPLACED

The Chicago Bears celebrated Thanksgiving with a 23-16 win over the Detroit Lions. It wasn't easy, and it certainly wasn't ideal, but the Bears won their fifth straight game for the first time since 2012 and went three-for-three in their stretch of divisional games. Tough circumstances The unfortunate timing of playing an early Thanksgiving game 80 hours after a Sunday … END_OF_DOCUMENT_TOKEN_TO_BE_REPLACED

The 2018 Chicago Bears earned an enormous divisional win on Sunday night, defeating the Rams 25-20. Now, they look toward this Thanksgiving for a meeting with the Detroit Lions. The Willis Tower was illuminated with blue and orange lights after the Bears added a crucial win against the presumptive NFC North favorites, a sign of the excitement this city has for its beloved … END_OF_DOCUMENT_TOKEN_TO_BE_REPLACED