You are here: Home / Archives for The E Street Band 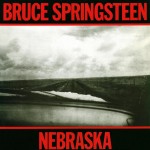 Song Of The Day by Eric Berman – “State Trooper” by Bruce Springsteen The guttural howls that he lets out at the end of this psychobilly classic mixed with its pleading paranoid lyrics conjures the mood of pure dread…and with Bruce Springsteen’s sixth album, it was all about mood. Hot on the heels of The River, his biggest album yet from 1980, and after several years on … END_OF_DOCUMENT_TOKEN_TO_BE_REPLACED 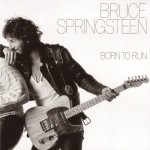 Some of my favorite scenes from The Sopranos are when Tony Soprano is shown driving in his SUV rocking out and singing along to ‘70s tunes, usually by BTO or Journey. Today, I felt a little like Tony Soprano while driving to work, but instead of Journey or BTO, I was rocking out to one of the greatest albums ever released, Born To Run by Bruce Springsteen. A strange and … END_OF_DOCUMENT_TOKEN_TO_BE_REPLACED