You are here: Home / Archives for Tom Thibodeau

As the Bulls hear into a new season, they truly are looking for a "fresh start." With the hiring of a new coach in Fred Hoiberg and the return of healthier versions of Taj Gibson, Derrick Rose (in a couple weeks), and Joakim Noah, the club hopes to forget their playoff woes brought to them from that … END_OF_DOCUMENT_TOKEN_TO_BE_REPLACED

Like most brothers, Pau and Marc Gasol like to compete against one another. After all they have been competing against each other since they can remember and even became the first brothers to start opposite each other in an All Star Game last month. “ We’re always competitive, we always compete” Pau would add after the game. The Bulls forward would score 13 points on 6-14 … END_OF_DOCUMENT_TOKEN_TO_BE_REPLACED

“Next man up” has become the slogan for the Chicago Bulls for about three years now. Ever since Derrick Rose tore his ACL in the 2012 playoffs, head coach Tom Thibodeau has been forced to change his lineup more than any other coach in recent memory. Not only have the Bulls had to deal with injuries to Rose the past few seasons, Joakim Noah, Taj Gibson, and Kirk Hinrich are … END_OF_DOCUMENT_TOKEN_TO_BE_REPLACED

Derrick Rose came ready to play on Thursday night and prove to the national audience watching on television that he is still one of the best point guards in the league. Entering Thursdays matchup against the San Antonio Spurs Rose had averaged 24.0 ppg on .484 shooting in his previous six games. The Bulls on the other hand were not playing so hot-losing six of their last … END_OF_DOCUMENT_TOKEN_TO_BE_REPLACED 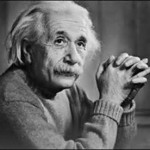 It only took me two classes in high school to realize that science was not for me and my time would better be spent on other subjects… like girls or sports. I would go thru the motions because it was a necessary evil and there was nothing I could do about it. If I knew that my Trivia Crack score in the science category would be so low, I would have made more of an effort … END_OF_DOCUMENT_TOKEN_TO_BE_REPLACED