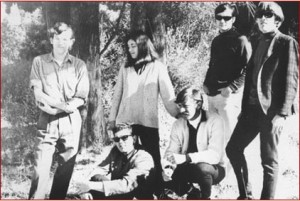 1965, Mike Smith, lead singer of The Dave Clark Five, suffered two broken ribs when he was pulled off the stage by fans. The group were in Chicago at the beginning of a US tour.

1965, The performed at The Marine Ballroom at the Central Pier in Morecambe, Lancashire, England.

1965, The Beatles arrived at Kennedy International Airport for a tour of North America. The set list for the tour was “Twist and Shout,” “She’s a Woman,” “I Feel Fine,” “Dizzy Miss Lizzie,” “Ticket to Ride,” “‘Everybody’s Trying to Be My Baby,” “Can’t Buy Me Love,” “Baby’s in Black,” “Act Naturally,” “A Hard Day’s Night,” “Help!,” “I’m Down,” and “I Wanna Be Your Man.” The tour was not a happy one for The Beatles, John Lennon took to screaming off-microphone obscenities at the audiences.

1966, Lovin Spoonful started a three-week run at number one on the Billboard singles chart with “Summer In The City,” knocking of “Hanky Panky” by Tommy James and the Shondelles.

1966, Revolver, The Beatles seventh album release in three years, started a seven-week run at number one on the UK charts. Meanwhile, their Yesterday and Today album entered the third of a five-week run atop the US charts.

1967, The Who appeared at Constitution Hall, Washington, D.C. After the show, Pete Townshend and John Entwistle run over to the Ambassador to catch Jimi Hendrix’s set. When Hendrix sees Pete and John in the audience, he launches into a cover of “I Can’t Explain”.

1967, Fleetwood Mac made their live debut when they appeared at the National Jazz and Blues Festival in Windsor. Also on the bill Jeff Beck, Cream, Small Faces, The Move, The Pink Floyd, Donovan and Chicken Shack.

1968, The Who appeared at the Fillmore West in San Francisco, California.

1971, Saxophonist King Curtis Ousley was stabbed to death by a vagrant on the front steps of his New York home. Ousley had worked with John Lennon and also played on The Coasters “Yakety Yak.” 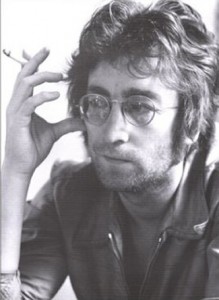 1971, Pink Floyd played their first ever Australian date when they appeared at the Festival Hall in Melbourne.

1974, Rory Gallagher appeared at The Agora, in Cleveland, Ohio.

1975, The Grateful Dead performed at the Great American Music Hall in San Francisco. The show was broadcast on September 1st by the Metromedia Network.

1976, The Clash played a private gig for the press at Chalk Farm rehearsal studios, London.

1977, Yes scored their second UK number one album with their eighth studio album Going For The One. The album marked the return of keyboardist Rick Wakeman, who departed in 1974 over musical differences.

1980, Four masked robbers broke in to Todd Rundgren’s New York house and proceeded to steal Hi-Fi equipment and paintings after tying the musician up. It was reported that one of the intruders had been humming his hit “I Saw The Light.”

1982, American soul singer Joe Tex died at his home in Navasota, Texas, following a heart attack, just five days after his 49th birthday. Had nine US Top 40 hits including the 1972 US number two single “I Gotcha.”

1983, KC and the Sunshine Band were at number one on the UK singles chart with “Give It Up.” The American disco group’s only UK chart topper spent three weeks at the top spot.

1992, Neil Diamond played the first of six sold-out nights at Madison Square Garden in New York. Diamond would bring in over $40 (£25) million from touring this year, the second highest in the music industry.

2009, Guitarist Les Paul died in hospital in White Plains, New York at the age of 94 suffering from severe pneumonia. Paul is credited with developing one of the first solid-body electric guitars, which went on sale in 1952 and contributed to the birth of rock. He also developed other influential recording innovations such as multi-track recording and overdubbing. In the early 50s, Paul and his wife Mary Ford had a string of hits including “Mockin’ Bird Hill,” “How High the Moon,” and “Vaya Con Dios.”