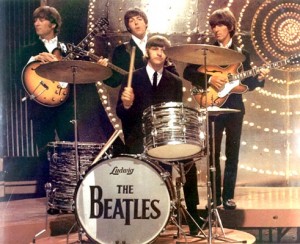 1966, The Beatles performed two shows at the International Amphitheatre in Chicago, Illinois. This was the first stop on what would turn out to be The Beatles’ final US tour. Support acts were the Remains, Bobby Hebb, Cyrkle, and the Ronettes.

1967, The Who played at Convention Hall in Asbury Park, New Jersey. Before the show Keith Moon jumps off a pier into heavy surf and almost drowns.

1967, The Crazy World of Arthur Brown performed at the Royal Windsor Racecourse in Windsor, Berkshire, England.

1967, The Velvet Underground appeared at Boston Tea Party in Boston.

1967, The Grateful Dead headlined at the Grande Ballroom in Detroit, Michigan.

1968, Jimmy Page, Robert Plant, John Paul Jones and John Bonham played together for the first time when they rehearsed at a studio in Lisle Street in London’s West End. The first song they played was a version of “Train Kept A-Rollin’.” They also played “Smokestack Lightning” and a version of “I’m Confused,” which would become “Dazed And Confused.” Their first live dates in September, the band were billed as The New Yardbirds, and it was not until the following month when they started to use the name Led Zeppelin.

1970, Derek and the Dominoes appeared at the Speakeasy, London.

1970, Fleetwood Mac played the first of a five-night run at the Whisky A Go-Go in Hollywood, California.

1971, John & Yoko donated £1,000 ($1600) to the Clyde Shipbuilders Scottish Union fighting fund who were refusing to stop work at the Glasgow site after being made redundant.

1971, During a UK tour Queen played at the Tregye Hotel in Truro, England. 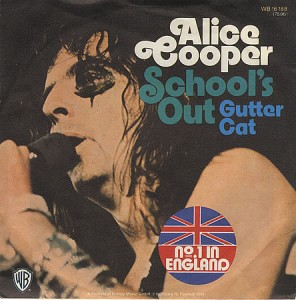 1972, Alice Cooper was at number one on the singles chart with “School’s Out.”

1972, Honky Chateau by Elton John entered the last of it’s five weeks as the number one album on the US charts.

1973, The Eagles, Joni Mitchell and Neil Young and the Santa Monica Flyers all appeared at the Corral Club in Topanga, California.

1975, Eric Clapton played at the Coliseum in Denver, Colorado.

1977, Henri Padovani, guitarist with The Police quit the group after nine months leaving them to perform as a trio.

1978, The Commodores started a two week run at number one on the US singles chart with “Three Times A Lady,” also number one in the UK and becoming Motown’s biggest British selling single.

1981, The Grateful Dead performed at the Salt Palace in Salt Lake City, Utah.

1982, Blue Oyster Cult played at the Scope, in Norfolk, Virginia

1985, Kyu Sakamoto was killed in a plane crash when JAL Flight 123, a 747, crashed and burned on a thickly wooded mountain about 60 miles northwest of Tokyo. He was 43. He had the 1963 US number one and UK number six single “‘Sukiyaki.” Sakamoto was the first Japanese artist to have a hit atop the US singles charts.

1989, The two day Moscow Music Peace Festival was held at The Lenin Stadium in Moscow, Russia. Western Acts who appeared included Motley Crue, Ozzy Osbourne, Bon Jovi, Skid Row and The Scorpions. This was the first time that an audience had been allowed to stand up and dance at a stadium rock concert in the Soviet Union. Previous to this, all concerts had to be seated.

2012, The London Olympics ended with a spectacular musical closing ceremony. The three-hour show featured some of the biggest names of British music from decades past, including the Spice Girls, George Michael, The Who, Take That, Muse, Jessie J, Emeli Sande, Elbow, Madness, The Pet Shop Boys, One Direction, Ray Davies, Liam Gallagher, and Brian May and Roger Taylor from Queen.