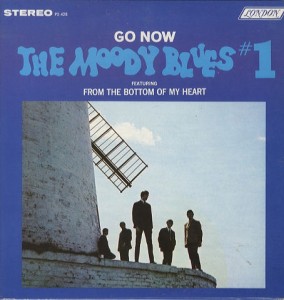 1965, The Moody Blues were at number one on the UK singles chart with “Go Now!”

1965, The Who made their first appearance on UK TV show Ready Steady Go! To project the desired image, the hand-picked audience consisted only of teens dressed in the current “Mod” fashion.

1966, The Cavern Club in Liverpool closes, having run up debts of 10,000 pounds. The club became world famous as one of The Beatles’ earliest venues.

1967, The Four Tops appeared at The Royal Albert Hall, London. Also on the bill, The Dakotas, Madeline Bell, The Remo Four and Johnny Watson.

1968, Jim Morrison of The Doors was arrested and charged with public drunkenness after harassing a security guard at a Las Vegas adult movie theater.

1969, After the Beatles cut versions of “Get Back” and “Don”t Let Me Down” for single release, John Lennon and Yoko Ono meet Allen Klein for the first time at London’s Dorchester Hotel.

1969, Marmalade were at number one on the UK singles chart with their version of The Beatles song “Ob-La-Di Ob-La-Da.”

1970, The Who played at the Theater des Westens in Berlin, Germany.

1973, Bruce Springsteen appeared at Villanova University appearing to an audience of 25 people.

1977, Pink Floyd’s tenth studio album Animals entered the UK charts at number two. The sleeve concept was that of Roger Waters, who lived at the time near Clapham Common, and regularly drove past Battersea Power Station. A view of the imposing, but disused former power station building was chosen for the cover image, complete with massive inflatable pig suspended between two of the towers. 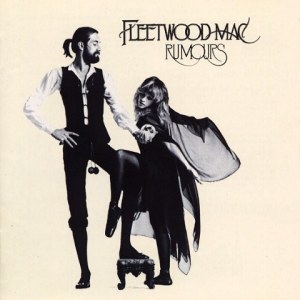 1983, The first Narara Music Festival was held near Somersby, New South Wales over the Australia Day weekend, the line-up included Men At Work, The Church, The Choirboys, Cold Chisel and INXS.

1984, Frankie Goes To Hollywood started a five-week run at number one on the UK singles chart with “Relax!”

1987, The Grateful Dead played at the Civic Center in San Francisco.

1994, Paul and Linda McCartney attended the premiere of Wayne’s World II in London. The couple then went on to Hard Rock Cafe, where the film star Mike Myers presented them with a check for LIPA (the Liverpool Institute for Performing Arts) for £25,000 ($42,500) from the sale of Linda’s vegetarian burgers.

1998, Oasis guitarist Noel Gallagher played a 20-minute solo gig at the King Head, an English pub in Santa Monica in front of 250 fans.

2000, Saxophonist and bandleader Thomas “Beans” Bowles died of prostate cancer aged 73. He played on many Motown sessions including Marvin Gaye’s “What’s Going On,” Martha and the Vandellas’ “Heat Wave,” and The Supremes “Baby Love.” Bowles wrote the melody on Stevie Wonder’s “Fingertips Pt. 2.”

2001, Limp Bizkit started a two-week run at number one on the UK album chart with Chocolate Starfish.

2009, Lynyrd Skynyrd keyboard player Billy Powell died at the age of 56 of a suspected heart attack in Florida. Powell called police saying he was having trouble breathing and emergency services tried to resuscitate him, but he was pronounced dead an hour later.

2015, Sly Stone was awarded $5m (£3.3m) in missed royalties by a Los Angeles court. The singer claimed his former manager, Gerald Goldstein, and lawyer, Glenn Stone, had cheated him out of earnings dating back more than 20 years. In 2011, it was reported he was homeless and living in a camper van after falling on hard times, and fighting drug addiction problems.