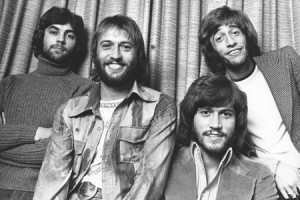 1968, Bee Gee Robin Gibb collapsed, as the group were about to set out on their first US tour. The singer was suffering from nervous exhaustion.

1968, The Steve Miller Band appeared at the Grande Ballroom in Detroit, Michigan.

1968, Cass Elliot released her first solo single following the break up of The Mamas and Papas. “Dream a Little Dream of Me” had been around since 1931 and had been recorded by Frank Sinatra and Frankie Laine, among others. many others. Cass’ version would be the most successful when it peaked at number 12 on the charts.

1969, Led Zeppelin and the Doors play the Seattle Pop Festival at Gold Creek Park in Woodinville, Washington.  Robert Plant remembers the following about Jim Morrison. “He hung on the side of the stage and nearly toppled into the audience and did all those things that I suppose were originally sexual things, but as he got fatter and dirtier and more screwed up they became more bizarre. So it was really sickening to watch.”

1974, John Denver started a two week run at number one on the US singles chart with “Annie’s Song,” the singer’s second chart topper. The song was a tribute to his wife and was written in ten minutes while he was on a ski lift. 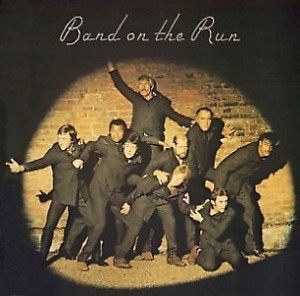 1974, Wings started a seven-week run at number one on the UK album chart with Band On The Run, featuring the title-track, “Jet” and the American hit “Helen Wheels.” The album sold over 6 million copies world-wide.

1974, The Grateful Dead played the Civic Center in Roanoke, Virginia.

1976, After a four-year legal fight, John Lennon was awarded his Green card, allowing him permanent residence in the US.

1976, Bruce Springsteen sued his manager Mike Appel for fraud and breach of trust. The case dragged on for over a year, halting Springsteen’s career. An out of court settlement was reached the following year.

1978, Kansas played at the Pine Knob Music Theatre, in Clarkston, Michigan, just outside of Detroit.

1985, Paul Young went to number one on the US singles chart with his version of the Daryl Hall song “Every Time You Go Away.”

1986, Queen became the first western act since Louis Armstrong in 1964 to perform in Eastern Europe when they played at Nepstadion in Budapest, Hungary. The gig was filmed and released as “Queen Magic in Budapest.”

1991, Jesus Jones went to number two on the US chart with “Right Here, Right Now. The failed to upend Bryan Adams’ “(Everything I Do), I Do It for You” from a seven week stay at the top position.

2001, Leon Wilkeson, bass player with Lynyrd Skynyrd, was found dead in a hotel room in Florida aged 49.  Wilkeson had apparently been suffering from chronic liver and lung disease. His death was attributed to natural causes. He was also a member of the Rossington-Collins Band.

2012, The Beatles returned to the Top 40 of the Billboard albums chart with the iTunes-exclusive compilation Tomorrow Never Knows. The set included 14 classic songs by the band and marked the first time The Beatles released an album exclusively to iTunes that had never been previously issued.