We are playing cover tunes this week and the more I listen to this version the more I like it. It’s from Billy Corgan’s only solo album to date and a very interesting take on an old Bee Gees tune. Check it out. He is. 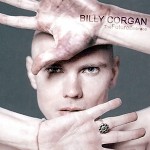 TheFutureEmbrace’s instrumentation and programming were mainly performed by Corgan and Bon Harris of Nitzer Ebb. There is an absence of live drums, and guitar overdubs are kept to a minimum. Regarding the atypical sound of the album, Corgan remarked,

The album also features a collaboration with The Cure lead singer Robert Smith on a cover of the Bee Gees‘ song “To Love Somebody“, while “DIA” features electronic drums played by Corgan’s longtime collaborator, Smashing Pumpkins drummer Jimmy Chamberlin, as well as the violin and backing voice of Emilie Autumn.

Also of note is the cover art and booklet photography, by P. R. Brown, which focuses on parts of Corgan’s body that he has traditionally and publicly been ashamed of, most notably the port-wine stain that covers his left hand and much of his left arm, and his poorly aligned teeth.

TheFutureEmbrace was Corgan’s second album to be largely recorded at his Pumpkinland studio, the first being the 1995 Smashing Pumpkins album Mellon Collie and the Infinite Sadness.