On Saturday February 2 Bob Stern will be recording a Vinyl Schminyl Radio Hour Live At Madame Zuzu’s. Madame Zuzu’s is a 1930s style Chinese tea house owned by Billy Corgan which opened in September of 2012 at 582 Roger Williams in Highland Park, IL. The entire hour will be devoted to the music of Pink Floyd, tracing their roots from the Syd Barrett days starting with Piper At The Gates Of Dawn (1967) all the way to their final album The Division Bell (1994). Admission is free to this event and begins at 8:15p. It should be a great time for all with a possible appearance by Billy Corgan who, by the way, inducted Pink Floyd into The Rock And Roll Hall Of Fame in 1996. Hope to see you! 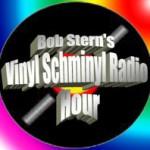