You are here: Home / Programs / 3D RadioActivity / The Awkward Teen-Aged Years of The Millenium on The Award Winning 3DRadioActivity

I’m Uncle Marty, and and on this episode of The Award Winning 3D RadioActivity, we are playing your favorite songs about the chronological transitional period between childhood and adulthood.   Some say that this period lasts too long…  Consider history.  Civilization as we recognize it came into a serious period of growth in 1300 with The High Middle ages.  We witnessed the beginning of the Ottoman Empire, The hundred years war, and the Italian rennasance just to start.  Continents were discovered, steam, electricity and atomic power were harnessed over the following timeframe.  Society and people evolved rapidly through it’s teen-aged years which concluded on December 31st of 1999.  That’s 699 years!  Tune in and we’ll closely delve into an examination of tunes now that the new millenium is at the point in time, as we observe the awkward growth spurt of this century with a tribute to the teen-age years, about the period of adolescence usually closely associated with raging hormones…  Only we will be featuring ballads, to power chords and everything in between, including several senses along with other matters of the heart. 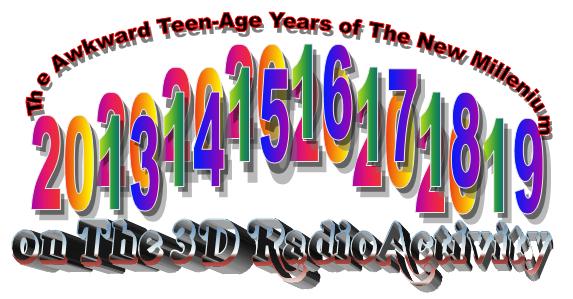 If you have any ideas for the next two programs focusing on Country and Western music, please be sure to let me know. It’s easy to send an email by clicking on my name below or message me on Facebook, where you will find links to all the previous podcasts along with the graphics in the “Photo“ section.