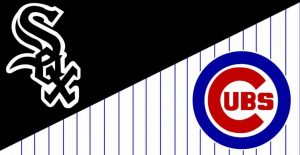 Sox left fielder Ryan LaMarre misjudged a lead off line drive in the top of the fifth, leading to a five run explosion by the Northsiders the essential put the game out of reach.

The Addison Russell incident may have been on the Cubs players minds Friday, as the White Sox handed the Cubs a 10-4 drubbing. By Saturday, the controversy appeared to be in the rear view mirror as Jon Lester picked up his seventeenth win of the 2018 season with a very solid outing over five innings. The left hander gave up eight hits, but only allowed three

runs and struck out four Sox batters as his team regained focus in an 8-3 win. He even asked Joe Maddon to return to his American League days and allow him to go back out in the sixth inning. The former Tampa skipper declined, allowing his bullpen to pitch three scoreless innings of relief. Only two more runners reached got on, via base on balls. They kept the Sox bats silent.

The Cubs got off to a fast 2-0 start in the first inning, when Javy Baez hit the first pitch he saw over the left field fence, driving in Ben Zobrist, who reached base on a single.

One of the few bright spots for the White Sox was Tim Anderson’s 362 foot homer down the left field line, to lead of the bottom of the third inning. Otherwise, the southsiders are stumbling their way to the finish line of another ugly season, dropping eleven of their last sixteen contests.

Another major difference between the two squads was that even though the Cubs had one more hit than the Sox (9 versus 8), they were able to string several hits together. Daniel Murphy, Ben Zobrist, and Javy Baez accounted for all but one of the Cubs’ earned runs. Baez was even the beneficiary of “MVP” chants from the crowd at 35th and Shields.

Joe Maddon had high praise for Baez. “He’s just playing at the top of his game as a shortstop in the big leagues. It’s pretty impressive to watch.  He’s always mentally engaged. He’s on the bench. He’s talking guys up,” exclaims Maddon.

“It feels great. It gives me confidence, more than I have.  They believe in me.  I will do everything for the team to get to the next step,” says Baez.

Jon Lester chimed in as well on Baez, saying, “For me what puts him above everybody in that talk is his ability to play ,multiple positions. I think it’s easy to show up every day and know what spot in the order your going to hit and what position you;re going to play. Javy has done it a second, short, and third all year.”

After the game Sox manager Rick Renteria, discussing LaMarre’s misplayed ball postulated, “He might have lost the ball in the lights.” In regards to his pitcher Lucas Giolito, “In spite of all that, he did a nice job in seven innings of work. The line looks a little worse than it should have been.”

The Cubs lead over Milwaukee sits at two and a half games. Their magic number stands at six.