You are here: Home / Music / Alternative / Song of the Day – “Kill Your Sons” by Lou Reed 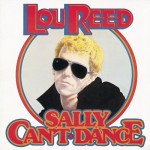 After the huge success of the Transformer album and its top-twenty single “Walk On The Wild Side,” Lou Reed delivered his most beautifully disturbing album as a follow up. The concept album, Berlin was considered at the time to be a depressing mess, and it was not exactly what fans expected or wanted from their newly minted glam rock star. Over time, Berlin’s stature has deservedly risen and is now not only considered a classic, but one of Reed’s greatest albums.

In order to calm the nerves of his record company and his fans, Reed followed Berlin with the live Rock ‘n’ Roll Animal that included readings of Velvet Underground classics with the blazing twin guitar attack of Steve Hunter and Dick Wagner who went on to back Alice Cooper.  The album, which was recorded in New York City at the Academy Of Music in December of 1973, sold very well and still does to this day.

Reed’s next studio album, Sally Can’t Dance was his best-selling and highest charting (#10) record to date. The album was a hastily recorded reaction to all of the expectations fans and record company alike put on Reed, and while his involvement on the record was relegated to a minimum of tossed off vocals and some minor acoustic guitar parts, it did restore his standing in the decadent world of glam rock.

Sally Can’t Dance was not one of Reed’s most consistent collections of songs either, however there are a few standouts including the glammy “N.Y. Stars,” that comments on the many imitators that cropped up in the wake of the success he had with “Walk On The Wild Side,” the sadly beautiful and intimate album closer “Ennui” and “Billy,” a song about a school friend who chose a straighter path than Reed did. The latter track also reunited Reed with his ex-Velvet Underground band-mate Doug Yule on bass.

The album also features horn charts, which was a first for Reed, and soulful female backing vocals on the funky “Ride Sally Ride,” “Sally Can’t Dance” and the somewhat misguided “Animal Language.”  But the album’s one true classic was also Reed’s most personal song “Kill Your Sons,” which found him reflecting on his childhood stint in a psychiatric hospital where he underwent shock therapy. It is perhaps one of Reed’s most frank and harrowing recordings (and that’s saying something), it is also one of his very best.

The top-ten success of Sally Can’t Dance found RCA Records pressuring him for a quick follow up, so Reed acquiesced and delivered the much-maligned-yet-superb-and -classic Metal Machine Music, which consisted of an hour of nothing but noise and feedback. RCA hastily rebounded by assembling the unused Rock ‘n’ Roll Animal tapes into the 1975 album Lou Reed Live. (Yet another great Lou Reed album!)