You are here: Home / Programs / 3D RadioActivity / 3D Radioactive Hats
A hat is a head covering. It can be worn for protection against the elements, for ceremonial reason, religious functions, for safety, or as a fashion accessory.  In the past, they were an indicator of social status.  In the military, they may denote nationality, branch of service, rank and/or regiment, while some have a protective function. As examples, the hard hat protects construction workers’ heads from injury by falling objects, a straw one shades the face and shoulders from the sun, and a fur model with fold-down ear-flaps keeps the head warm. Some are worn for ceremonial purposes, such as the mortarboard, which is donned during graduation ceremonies. Others are used by members of a certain profession, such as a chefs’ Toque.   So the hat, once a universal symbol of propriety, no longer makes the man, It still makes the woman, though mainly at weddings and horseraces.  From a fez to beret, a pill-box hat to a baseball cap, these tunes span time, style and culture.  Whether it has a brim, propeller, or chinstrap, you can hear what’s on our mind here on The 3D RadioActivity. 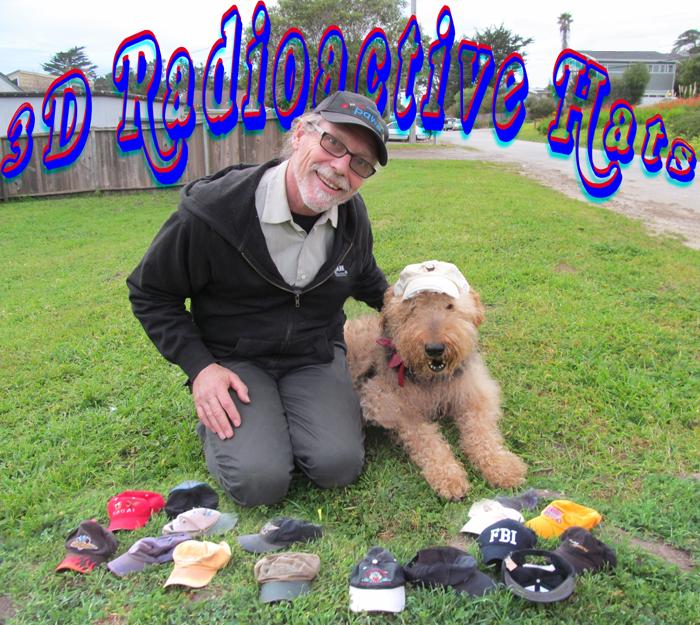 Dial it up directly to listen:
[jwplayer mediaid=”16251″]
or download 3D Radioactive Hats here:
https://archive.org/download/The3dRadioactivity/3dradio_20150125-RadioactiveHats.mp3 Sean and I will be continuing yet another look into all things fashionable next time.  Check in with us on our Facebook page, where I have the graphics for every show, along with links to all of them too.  Send email with your ideas along to me, or surf on over to Facebook , and look for The 3D RadioActivity where you can “Like ” the program and leave me a message there too.

Look for us online here https://archive.org/details/The3dRadioactivity to find all of the previous shows, and all over the web via TuneIn .com, Theacidflashback.com, &  InternetFM too.

Thanks for making us part of the plan, and Rock On!

“Education is When You Read the Fine Print.
Experience is What You Get If You Don’t.”