You are here: Home / Search for "bears-packers show"

The Sports Report will be back on December 12th.  In the mean time, please enjoy a vintage show from our archives.  This episode from 1999, takes place after the Packers avenged a November loss at Lambeau with a 35-19 victory at Soldier Field.  Packer Dave is joined by Len Ackerman and the late Bob Greenberg.  The hilarity ensues, and Dave even breaks out the guitar for "Jenny … END_OF_DOCUMENT_TOKEN_TO_BE_REPLACED 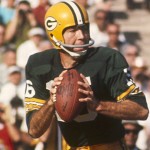 with "Packer" Dave, Len Ackerman, Steve Kohn, and Bob Greenberg. Here's a treat for all of you who live, breathe, eat, and sleep football.  Otherwise, you would not be listening to this travesty of broadcast journalism.  But if you can't get enough NFL, and Packer football, this recently unearthed treasure has interviews with not one, but two Green Bay legends.  Bart Starr and … END_OF_DOCUMENT_TOKEN_TO_BE_REPLACED 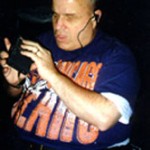 In memory of our late friend Bob Greenberg, we present a vintage episode of the Bears-Packers Showdown.  We refrain from calling it classic, because there was nothing classic about this show.  It represents everything that can and will go wrong during a radio broadcast.  Bad audio levels, mistimed sound effects, and the participants talking all over each other.  In addition, … END_OF_DOCUMENT_TOKEN_TO_BE_REPLACED 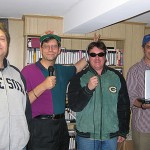 For those football fans who just can't get enough of the pigskin during the off-season, we are here to your rescue with one of the most inane, stupid, and juvenile programs ever to grace the radio or the Internet. Despite being panned by the critics, loathed by program directors, and the bane of football executives everywhere, the Bears-Packers Showdown, and it's successor, … END_OF_DOCUMENT_TOKEN_TO_BE_REPLACED 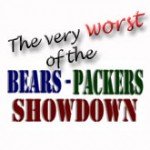 We go back to Christmas Eve of 1996. The Packers were on their way to a date with New England in Super Bowl XXXI, and the Bears finished the season at 7-9. You will hear the debut of a very special Packer Dave "Twas the Night Before Christmas," some bad jokes from producer "Ira Tating," some very good jokes from Steve Kohn, and some great retorts from Len. Get a load of … END_OF_DOCUMENT_TOKEN_TO_BE_REPLACED