1965, The Beatles cartoon series premiered on ABC TV in the US. The first story was titled I Want To Hold Your Hand and had the group exploring the ocean floor in a diving bell where they met a lovesick octopus. 1965, The Who arrive in Denmark to begin their first Danish tour with a 9 pm show at the Folkets Hus in Elsinore, then rush 20 miles to Copenhagen to play the KB … END_OF_DOCUMENT_TOKEN_TO_BE_REPLACED

1965, Jefferson Airplane made their live debut at San Francisco's Matrix Club. 1965, Mike Smith, lead singer of The Dave Clark Five, suffered two broken ribs when he was pulled off the stage by fans. The group were in Chicago at the beginning of a US tour. 1965, The performed at The Marine Ballroom at the Central Pier in Morecambe, Lancashire, England. 1965, The … END_OF_DOCUMENT_TOKEN_TO_BE_REPLACED 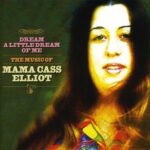 1968, Bee Gee Robin Gibb collapsed, as the group were about to set out on their first US tour. The singer was suffering from nervous exhaustion. 1968, The Steve Miller Band appeared at the Grande Ballroom in Detroit, Michigan. 1968, Cass Elliot released her first solo single following the break up of The Mamas and Papas. "Dream a Little Dream of Me" had been around since … END_OF_DOCUMENT_TOKEN_TO_BE_REPLACED

1964, The Beatles appeared live on the ABC Television program Lucky Stars (Summer Spin,) performing "A Hard Day's Night," "Long Tall Sally," "Things We Said Today," and "You Can't Do That." To avoid the crowd of fans waiting for them, The Beatles arrived at the Teddington Studio Centre by boat, traveling down the River Thames. 1965, The Who performed two shows on this … END_OF_DOCUMENT_TOKEN_TO_BE_REPLACED

1966, At a photo session with Bob Whitaker’s studio in London, The Beatles posed in white coats using sides of meat with mutilated and butchered dolls for the cover of their next American album, Yesterday and Today. After a public outcry, the album was pulled from stores and re-issued with a new cover. At the time, some of the Beatles defended the use of the Butcher photograph. … END_OF_DOCUMENT_TOKEN_TO_BE_REPLACED