You are here: Home / Entertainment / Live Rock and Roll on Zecom Radio 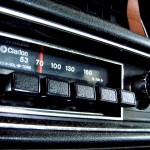 Today I went up to Zecom’s HQ in Chicago and went on the air with Marty Z. We did ninety minutes of live songs and little bit of chit chat.

We played some great stuff for 90 minutes including Genesis from “Selling England by the Pound,” and a vintage Pink Floyd cut from the “More” soundtrack.  I also introduced a very recent song.  Athens, Georgia band of Montreal is out with an album of some very psychedelic stuff called “Paralytic Stalks.”  You’ll hear the song “Exorcism Breeding Knife.”

Here is the setlist: