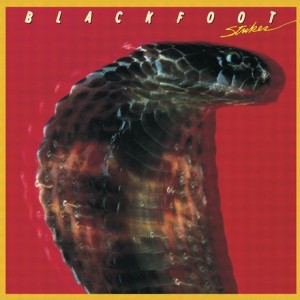 For those of us who lived it, the Golden Age of Southern Rock, the 1970s, can be divided into 2 eras – the early and late years of the decade. In the early years, the genre was defined by the Allman Brothers, the Marshall Tucker Band, and Lynyrd Skynyrd. Blackfoot was one of the “second wave” of Southern Rock bands, along with Molly Hatchet and the Outlaws, hitting it big in 1979 with their 3rd album Strikes, which contains the classic rock radio staples “Train Train” and “Highway Song”. Also on the album was today’s song, “Wishing Well”, which I discovered only in the last couple of years is actually of a cover of a tune from Free’s last studio album Heartbreaker. Free’s version reached the Top 10 in the UK, but as best I can tell did not chart in the States. Paul Rodgers insists the lyric “throw down your gun you might shoot yourself. Or is that what you’re trying to do?” is not about drug-addled Free guitarist Paul Kossoff, but rather an “imaginary person”.

Blackfoot went on to put out two more very solid albums, Tomcattin’ and Marauder, which along with Strikes, all made the US Top 50, but slid quickly into irrelevancy as New Wave swept away not only classic and progressive rock, but Southern Rock as well. The band actually bridges both “waves” of Southern Rock, as lead vocalist/guitarist Rickey Medlocke played drums on some of Lynyrd Skynyrd’s earliest recordings (you can hear him on their First and Last album), and since 1996 has played guitar in Skynyrd.