You are here: Home / Music / Classic Rock / Song of the Day by Eric Berman – “Good Year for the Roses” by Elvis Costello & the Attractions 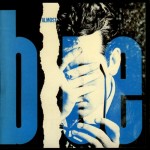 They were young, drunk, marketed as punk rockers and cut loose in Nashville, Tennessee, behaving very badly. Such was the backdrop for Elvis Costello and the Attraction’s album-length foray into straight-ahead Country music back in 1981.

Costello was coming off a white-hot streak of records including 1977’s My Aim Is True, followed by This Year’s Model in 1978, Armed Forces in 1979, and both Trust and the 20-track Get Happy record in 1980, all stuffed to the gills with self-penned classic songs. Add to that the 20-track Taking Liberties album that gathered up the rest of the stray British singles and B-sides, and Costello fans had a ton of consistently great material to sink their teeth into.

Although the idea and reality of Costello releasing a full-blown Country collection, especially one of covers, came as a shock to his fans in 1981, it really shouldn’t have. Right from the beginning, Costello had flirted with Country music, recording songs like “Alison” on his debut album in 1977, “Different Finger” for Trust, “Motel Matches” on Get Happy and “Stranger In The House,” which was originally recorded for My Aim Is True and left off only to turn up on a bonus single included with first pressings of the British version of This Year’s Model. He’d also recorded a duet version of “Stranger” with the song’s composer, country legend George Jones, for a TV special called My Special Friends. (The footage of their duet shows a very under-the-weather Elvis Costello deep in the throes of the mumps with glands that are visibly swollen.)

When Almost Blue was unleashed onto an unsuspecting public, it was met with utter disbelief that Costello would do something that seemed so radical. And, indeed, the record was pretty unfairly shrugged off by much of his fan-base, becoming the black sheep of his catalog for many years (only later to be replaced by The Juliet Letters, but that’s for another time).

For the album, Legendary producer Billy Sherrill (best known for his string-laden production work with Tammy Wynette) was brought in to helm the project, and the Attractions were augmented by pedal steel player, John McFee, who had sessioned on a whole host of records by the likes of Van Morrison, Steve Miller Band, Grateful Dead, The Doobie Brothers (where he replaced Jeff ‘Skunk’ Baxter in 1979) and numerous others. McFee had also previously played the pedal steel with Costello on his first U.S. hit, “Alison.”

The album included credible and inspired cover versions of songs by Gram Parsons (“I’m Your Toy” and “How Much I Lied”), Hank Williams (“Why Don’t You Love Me”), Merle Haggard (“Tonight The Bottle Let Me Down”), Patsy Cline (“Sweet Dreams”) (written by Don Gibson), Charlie Rich (“Sittin’ And Thinkin’”) and George Jones who wrote today’s Song of the Day by Eric Berman, which was one of the album’s singles.

On tour for the album, Costello performed the single “I’m Your Toy” at The Royal Albert Hall backed by a full orchestra and released the resultant recordings on British 12” and 7” singles for the F-Beat label. I caught the “Almost Blue” tour on New Year’s Eve 1981-1982 at the now-defunct Palladium in New York City. Elvis and the Attractions came out for the first set and played 90-minutes of Country hits augmented by John McFee on pedal steel, and then came back at the stroke of midnight launched into “Lipstick Vogue” and followed it with a 90 minute set of solid rock ‘n’ roll…a great way to begin 1982.

When the album first came out, it was accompanied by a promotional vinyl version with Elvis offering spoken introductions to each song. Almost Blue has been reissued on CD several times over the years with incarnations on Columbia, Rykodisc, Rhino and Universal Music. The Rhino two-disc version is the one to own because it includes 27 bonus tracks, easily tripling the length of the record. Costello would dip his toes into Country Music many times over the years, most recently on his Secret, Profane and Sugarcane album in 2009.