You are here: Home / Music / Classic Rock / Song Of The Day by Eric Berman – “Haunts Of Ancient Peace” by Van Morrison 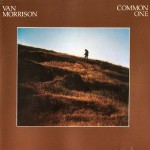 Today’s Song of the Day by Eric Berman is one of Van Morrison’s most soulful pieces of music, originally from one of his most underrated albums.

Common One was released in 1980 and features six deeply-moving extended jazz meditations that harked back to Morrison’s 1968 masterpiece, Astral Weeks in sound and texture.

Unlike Astral Weeks, this record’s release was met with unanimous derision from the critics who didn’t understand the literary and jazz underpinnings of the music and found it ponderous and boring.

While Common One does lack the kind of immediacy that grabs you on the first listen, it does reap generous rewards upon further listening. The title of this song was inspired by a 1902 book by Alfred Austin (Poet Laureate 1896-1912).

The live version video shows the Common One band in action from Montreux before the album’s release. The personnel includes new band members at the time Mark Isham on trumpet (channeling his best Miles), John Allair on organ and synthesizer, Pee Wee Ellis on saxophones and Peter Van Hooke on drums, along with Jeff Labes on piano, John Platania on guitar, David Hayes on bass and Dahaud Shaar on percussion, who were all members of Morrison’s Caledonia Soul Orchestra.