You are here: Home / Music / Classic Rock / Song Of The Day by Eric Berman – “Slow Down, Love” by Sharon Jones & The Dap-Kings 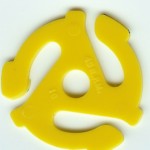 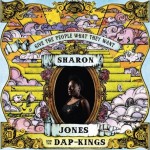 Song Of The Day by Eric Berman – “Slow Down, Love” by Sharon Jones & The Dap-Kings

I got dap dipped several years ago. What’s that? You say you don’t know what it is to be dap dipped? Well, I’ll tell you…

The moment you first lay your lucky ears onto the retro-soul sound of Sharon Jones and the Dap-Kings is when you’ve been dap dipped. It’s kind of a “daptism” of sorts.

Jones and her band have been releasing records over the last fifteen years that sound like they were recorded in the late 1960s…and that’s not just a good thing, it’s a great thing! So convincing is their sound and presentation, that many people think Sharon Jones has been in the public eye for many more years than she really has.

Jones was a soul singer since she was a child in Georgia, singing in church and local talent shows while also backing local soul bands in the 1970s and taking on any kind of recording session work she could get. Without a recording contract of her own, she became a corrections officer at Riker’s Island and an armored car guard for Wells Fargo before receiving her big break in 1996 while singing background vocals for soul legend Lee Fields.

That session was organized by owners of Pure Records, a French record label owned by Gabriel Roth (aka Bosco Mann) and Philip Lehman. Jones was the only one of three background vocalists booked to show up for the session, so she recorded all of the backing vocals herself which impressed Roth and Lehman. At the end of the session, they recorded her first single “Switchblade” (b/w “The Landlord”) backed by members of the Brooklyn, New York bands Antibalas and The Mighty Imperials who later became her backing band The Dap-Kings. The song was released on the compilation album The Soul Providers in 1996.

Lehman and Roth formed the new Desco record label out of Brooklyn specializing in retro soul and funk releases that many fans believed to be original recordings from the late 60s and early 70s. Jones recorded three more singles for the label. After releasing records by Lee Fields, The Sugarman 3 and The Daktaris, Lehman and Roth parted ways in 2000 over creative differences paving the way for Roth to start a new label with Neal Sugarman (of Sugarman 3) called Daptone Records. The label has been Sharon Jones’ musical home ever since and all of her recordings have been under the direction and production of Bosco Mann.

While Jones’ rise to dominance in the retro soul world may seem somewhat effortless once she met Roth, it hasn’t been without its trials and tribulations beginning during the summer of 2013. With a tour to promote a new album set to release during the summer of 2013, it was announced that Jones had been diagnosed with bile duct cancer which was later changed to stage two pancreatic cancer. As a result, Jones underwent surgery and chemotherapy cancelling the release of her fifth album and the tour.

On the mend, Jones returned to the stage in November 2013 and her Give The People What They Want album was released to positive reviews in January 2014. She will bring her tour to Chicago tomorrow night. One of the songs on the album is called “People Don’t Get What They Deserve” and in light of Jones’ health issues, the song should probably take on a whole new meaning tomorrow night.

Today’s Song Of The Day was the first single released from her latest album which was given away with pre-orders for the album when Jones’ announced her illness last summer. The track has an “end of the party” kind of groove that is chock full of ennui. Unfortunately, the song is not available on its own on Youtube; however I’ve uploaded a link to the whole album. While brief at only 33 minutes, the album comes chock full of great tunes that will surely be exciting to see her bring to the concert stage tomorrow night. It’s certainly worth a spin while you’re online reading this piece.