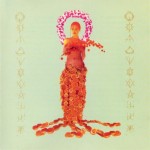 Jack White… Prince… Jerry Garcia…Bruce Springsteen…David Byrne…Curt Cobain…Perry Farrell…all world-class performers with charisma to burn! The type of performer you can’t take your eyes off of when they’re on stage.

This song comes from Good God’s Urge , Porno’s second album released in 1996. By then they had established themselves with “Pets,” a bona-fide hit that was a MTV staple and a highlight of the Woodstock ’94 festival.

Of course, Farrell will always be linked with the Lollapalooza festival he founded 23 years ago, which has found a home for the last decade here in Chicago where you can see Farrell either fronting a band or spinning a DJ set most years.