You are here: Home / Music / Classic Rock / Song of the Day – “Thelma” by Paul Simon 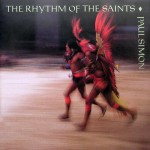 Song Of The Day by Eric Berman – “Thelma” by Paul Simon

It boggles the mind how a song this good could have been left in the can, but that was indeed the fate of the Paul Simon outtake “Thelma,” which was originally intended for his 1990 album The Rhythm Of The Saints. (The song would surface three years later on the Paul Simon 1964 – 1993 box set.)

By 1988, Simon had to begin thinking about the near impossible task of creating a follow up record to his 1986 Grammy-winning smash hit album Graceland. But how do you follow up a record as dominant and successful as that? For Simon, it meant fashioning a record along the same culturally exploratory lines as Graceland, but changing the locale from South Africa to Brazil, and melding the music from both locales together.

The resultant Rhythm collection was a far more adventurous record than its predecessor featuring groove oriented songs like “The Obvious Child,” “Can’t Run But,” “Proof” and today’s Song Of The Day, that were all built from the percussion on up. The album is also more subtle and intricate than Graceland with a set of nuanced experimental songs like “Further To Fly,” “Cool Cool River,” “Spirit Voices” and “She Moves On” that insinuate themselves with the listener upon repeated listening.

Rhythm was also the first album that Simon collaborated with Cameroonian guitarist Vincent Nguini, whom he still works with today. Most of the record was recorded in Rio de Janeiro and then brought back to New York’s Hit Factory for final touch ups. Together, Simon and Nguini fashioned finished songs out of the bare rhythm recordings captured in Rio for Simon to put his lyrics on.

Simon toured extensively after the release of the album, culminating in a free concert in New York City’s Central Park in front of 750,000 attendees. (I was there!) While it is inevitable that Rhythm will always exist in the shadow of Graceland, the album’s failing is that it sounds at times more like a genre exercise than an actual Paul Simon album. That said, the album did peak the #4 position on the album charts and sold several million copies.