You are here: Home / Music / Classic Rock / Song Of The Day – “Break Away” by The Next Exit 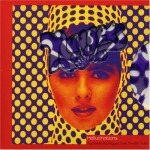 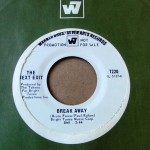 Here’s a slab of psycho-delicatessen from the original “Fab Four!”

What’s in a name?

The Next Exit recorded two psychedelic singles for Warner Bros. Records in 1968 that went nowhere on the charts, and for some, that would’ve been the end of the story. However, The Next Exit’s convoluted history had them recording numerous singles under a myriad of names for many years, and at the end of the day, they still found no commercial success.

Today’s Song Of The Day is a prime slab of psychedelia that in a perfect world would have made The Next Exit household names. The track was originally released as the B-side of the group’s second Warner Bros. single which was produced by Jay Siegal of The Tokens and was to be featured in a major motion picture.

The Next Exit began as a group called The Midknighters who formed in Kansas City in 1959 by Bob Theen and Alex Love. The band changed their name to The Fabulous Four Jacks and then shortened it to The Fabulous Four. By the time of their second record in 1961, they shortened their name again to The Fab Four.  Jeff Mann (guitar) and Bill Bryant (keyboards) joined the band in 1963 and the group stayed together as a unit for the next fifteen years recording singles for Coral, Decca, Warner Bros. and Capitol Records.

In 1967, the band was summoned to New York to record a single for Warner Bros. Records that was to be used in the film Butterflies Are Free. The single was “I’m The Only One” b/w “Break Away” which was produced by Jay Siegel of The Tokens who were at the time also signed to Warner Bros.

“Breakaway” didn’t make it into the film, but a single verse of “I’m The Only One” was performed acoustically by one of the film’s characters. The group was invited to return to New York to record more sides for a proposed album, but the band couldn’t make the trip.

Upon returning to Kansas City, they recorded one more record as The Fabulous Four, and then returned to the studio to record another psychedelic single, “Mustache In Your Face” b/w “The Electric Hand,” produced by Michael “Quint” Weakley (drummer for The Electric Prunes) under the band name Pretty.

By 1970, the band found themselves in the studio again recording the single “Linda Was A Lady” b/w “Red Tower Road” under the name Kansas City for Capitol Records subsidiary Trump Records. The single was produced by Tommy Cogbill and the legendary Chips Moman.

After the single went nowhere, the band continued gigging under The Fabulous Four name until 1974 when they decided to call it a day. They reunited one more time to play for a fundraiser in 2007, and the following year Bob Theen, Jeff Mann, Mike Myers, Mark Higbee and their original drummer Alex Love were inducted into the Kansas Music Hall Of Fame.

Today’s Song Of The Day can be found on the exceptional Andrew Sandoval compilation Hallucinations: Psychedelic Pop Nuggets From The Wea Vaults which was originally released in 2004 on the Rhino Handmade label.