You are here: Home / Music / Classic Rock / Song Of The Day by Eric Berman – “Andy’s Chest” by Lou Reed 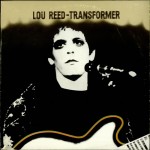 “Swoop, swoop, oh baby rock, rock…” Only early ‘70s radio would play a song with blatant references to giving head and not have a problem with the lyrical content. Such was the atmosphere that welcomed Lou Reed’s second solo record after leaving the Velvet Underground and his biggest hit “Walk On The Wild Side.” If Lou standing on the back cover with a huge boner in his pants wasn’t enough, fans were treated to his usual lyrical fare – transvestites, drug use, Andy Warhol, frequent hookups and, or course, homosexuality. The album was produced by David Bowie and Mick Ronson who had been profoundly influenced by The Velvet Underground and had regularly covered several of their songs in their live sets. In fact, this song was originally a Velvet Underground outtake from 1969 sessions that went unreleased until the mid-1980s Velvet Underground compilation albums “VU” and “Another View.” Sundazed Records will be issuing a box set of all of the Velvet Underground vinyl albums this fall that is supposed to include the great lost 1969 Velvets album. “Transformer” came out in 1972, the same year as Bowie’s “Ziggy Stardust” album, and in my estimation it has stood the test of time much better. With that said, it was Bowie’s golden production touch (and background vocals on this track) that revived Reed’s career, giving him his biggest album and hit. Bowie would go on to resuscitate the careers of Mott The Hoople and Iggy Pop from here, while Reed continues to release records on his own.