You are here: Home / Archives for Lou Reed

1966, The Beatles were at No.1 on the singles chart with the double a sided 'Yellow Submarine - Eleanor Rigby'. The group's eleventh No.1. 1966, On their final tour of America, The Beatles performed at Shea Stadium in New York City, New York. Unlike the previous year's performance, which had sold out, there were 11,000 empty seats in the 55,600 seat stadium. The Beatles earn … END_OF_DOCUMENT_TOKEN_TO_BE_REPLACED 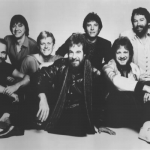 1967, Pete Townshend records an interview for the BBC overseas radio program Dateline London then The Who pre-tape a Top Of The Pops insert miming to "Pictures Of Lily." From there they travel to Stevenage to play the Locarno Ballroom. Backstage, John lashed out at a "well-known pop singer" by punching his picture on the wall. He breaks his finger. 1969, Chicago release … END_OF_DOCUMENT_TOKEN_TO_BE_REPLACED

1965, The Beatles continued filming Help! at Twickenham Studios, England. They shot the interior temple scenes, including the one where they "dive through a hollow sacrificial altar and into water". That scene was then cut to the swimming pool scene filmed in the Bahamas on February 23. 1966, Simon and Garfunkel made their UK singles chart debut with "Homeward Bound." It was … END_OF_DOCUMENT_TOKEN_TO_BE_REPLACED

1969, John Lennon married Yoko Ono at the British Consulate Office in Gibraltar. They spent their honeymoon in Amsterdam campaigning for an international "Bed-In" for peace. They planned another "Bed-in" in the United States, but were denied entry. The couple then went to Montréal, and during a "Bed-in" at the Queen Elizabeth Hotel recorded ‘Give Peace a Chance’. Lennon also … END_OF_DOCUMENT_TOKEN_TO_BE_REPLACED

Song Of The Day - "N.Y. Stars" by Lou Reed A few weeks ago I featured a track from Lou Reed's turgid new album with Metallica called "Lulu." It is indeed a stinker of an album with Lou sounding totally irrelevant ranting over Metallica's lumbering backing tracks. Fortunately, Lou's got plenty of great back catalog for the uninitiated and … END_OF_DOCUMENT_TOKEN_TO_BE_REPLACED