You are here: Home / Music / Easy Listening/Pop / Song Of The Day by Eric Berman – “As I Love My Own” by Aaron Freeman 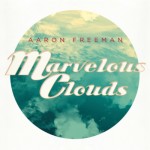 He’s better known as Gene Ween of the brownest band around, Ween. After years of touring as a solo act while his buddy Mickey Melchiondo angles the ocean blue, he’s decided to release a solo album of, get this, songs by “poet” and songwriter Rod McKuen. McKuen was a big deal back in the 1960s, wrote quite a bit of pretentious poetry, wrote the song “Jean” from the film “The Prime Of Miss Jean Brodie” and was a stalwart of numerous mood music records on the Warner Bros. record label featuring his recitations over the lush background music of The San Sebastian Strings and the Anita Kerr Singers. Heck, Frank Sinatra even recorded an album of his songs back in 1971 called “A Man Alone.” Interesting records…great productions with lush orchestras and recited poetry…certainly time pieces and very quaint by today’s standards. So now we patiently await Aaron Freeman’s take on the music of Rod McKuen with his May 2012 release, “Marvelous Clouds.”