You are here: Home / Music / Classic Rock / Song Of The Day by Eric Berman – “Big Boss Man” by Bobbie Gentry 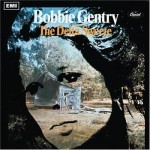 “Big Boss Man” was written by Luther Dixon and Al Smith and was originally made famous by Jimmy Reed in 1961. There have literally been hundreds of recordings of this standard most notably by Elvis Presley in 1967 and The Grateful Dead in 1971. Gentry’s recording comes from her 1968 album “The Delta Sweete.” It is indeed Gentry’s swampiest record featuring her versions of “Parchman Farm,” “Tobacco Road,” “Okolona River Bottom Band” and “Louisiana Man.” It’s an album that has kind of fallen through the cracks over the years instead of rightfully gaining stature as a classic.