You are here: Home / Music / Classic Rock / Song Of The Day by Eric Berman – “Brooklyn Roads” by Neil Diamond 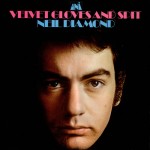 This was Neil Diamond’s first single after signing with MCA records back in 1968. Diamond had already scored numerous hits for Burt Burn’s Bang record label and was now ready to debut on the MCA distributed UNI label. The song highlighted a far more personal side of Neil Diamond with its autobiographical lyrics and adult oriented orchestral arrangements. It appeared on the album “Velvet Gloves And Spit” which also included the singles “Two-Bit Manchild,” “Sunday Sun” and a remake of the song “Shilo.” The album also included the most unhip and embarrassing song in the entire Neil Diamond canon, the anti-drug “Pot Smoker’s Song” in which drug addicts share their bizarre stories.