You are here: Home / Music / Alternative / Song Of The Day – “Cupid de Locke” by Smashing Pumpkins 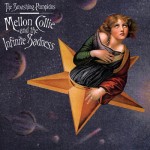 Beautiful grunge may seem like an oxymoron to some, but in the hands of Smashing Pumpkins on their masterwork “Mellon Collie And The Infinite Sadness,” beautiful grunge is a reality. Case in point is this gorgeous, gentle melody – one of several that pop up on an album that Billy Corgan says was inspired by The Beatles “White Album” in it’s scope at the onset of its recording. “Cupid de Locke” has always been my favorite song on the record due to its ethereal, otherworldly arrangement and, crucially its placement within the sequence of the CD (Note: The CD and vinyl versions of this album have different track sequences). “Mellon Collie” was filled to the brim with some of Corgan’s most tender and melodic songs including the hits “Tonight Tonight” and “1979,” plus the wonderful “In The Arms Of Sleep,” “Thru The Eyes Of Ruby” and today’s Song Of The Day, “Cupid de Locke.” There’s also a fair share of vitriol within, especially on the album’s centerpiece “Bullet With Butterfly Wing” with it’s furious chorus “Despite all my rage, I am still just a rat in a cage” and on “Zero” which Corgan announces that “Emptiness is loneliness, and loneliness is cleanliness and cleanliness is godliness, and god is empty just like me.” There’s also plenty of grunge-crunch on “Here Is No Why” and fire in the belly on “Tales Of A Scorched Earth.” In interviews after the record’s release, he likened the sprawling double album to Pink Floyd’s “The Wall,” but the Pumpkins easily better that album with its musical scope and less pretentious theme of dawn to dusk and twilight to starlight. Corgan also saw this as the last major statement from this, the most significant lineup of the Pumpkins. Indeed, the follow-up album “Adore,” took grunge is beautiful to a whole new level with its subtle electro-sonics and sumptuous melodies. “Adore” would be the last great music to come out of Corgan and company for a long time. Corgan has been working on another Pumpkins major work which has been released in dribs and drabs over the years, and has opened a tea house in Highland Park, Illinois which is 20 minutes away from where I live, yet a million miles away in class and status.