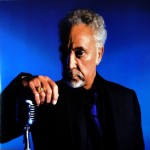 Some folks just get hipper when they get older. Case in point there is me…and then there is Tom Jones, whose new 7” single recorded at Third Man Records with Jack White on guitar and in the production chair, bears some of the most stripped down virile sounds to emanate from the Welshman in some time. The A-side is a rip-roaring Howlin’ Wolf cover that gives the Wolfman a run for his money, while the B-side finds him covering Frankie Lane’s “Jezebel.” Gone is the resignation over old age that dragged down Jones’ last American release, “Praise & Blame.” Jones’ latest album, “Spirit In The Room,” was released overseas last May. It has yet to receive a domestic release here. If it sounds anything like this Jack White collaboration, I say bring it on!