You are here: Home / Archives for Third Man Records 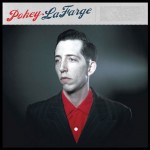 Everything old is new again…and while it seems the world has gone apeshit over supposed wood and string groups like The Lumineers and Mumford & Sons, Pokey Lafarge is the genuine real deal. As a youth growing up in Illinois, Pokey Lafarge (real name Andrew Heissler) mixed his interest in history and the literature of John Steinbeck and Ernest Hemingway with a love for … END_OF_DOCUMENT_TOKEN_TO_BE_REPLACED

Yesterday I wrote about a single from Jack White’s Third Man Record label by Gibby Haynes of The Butthole Surfers. The record was a recent release in Third Man’s “Blue Series” of 45rpm releases. Over the past few years, Third Man has released interesting one-off singles by the likes of Beck, Tom Jones, Stephen Colbert, Jeff The Brotherhood, Wanda Jackson, Chris Thile & … END_OF_DOCUMENT_TOKEN_TO_BE_REPLACED

While it’s been four years since Beck released his last album, “Modern Guilt,” he has hardly been idle. In 2009 Beck started a website experiment called “Record Club” where he and other musicians would get together and cover an entire album in one day. The first one was “The Velvet Underground & Nico,” the second was “Songs Of Leonard Cohen” and the third and final one was … END_OF_DOCUMENT_TOKEN_TO_BE_REPLACED

Some folks just get hipper when they get older. Case in point there is me...and then there is Tom Jones, whose new 7” single recorded at Third Man Records with Jack White on guitar and in the production chair, bears some of the most stripped down virile sounds to emanate from the Welshman in some time. The A-side is a rip-roaring Howlin’ Wolf cover that gives the Wolfman a run … END_OF_DOCUMENT_TOKEN_TO_BE_REPLACED

He may have changed his color schemes from red and white to blue for his first solo record, but this song isn’t a White of a different color musically…and that’s a good thing! As the NY Times recently stated, he’s a “Jack Out-Of-The-Box” when it comes releasing records. In an effort to try alternative means of distribution, he released 1000 copies of a flexi-disc single via … END_OF_DOCUMENT_TOKEN_TO_BE_REPLACED