You are here: Home / Music / Song Of The Day by Eric Berman – “Generation Landslide” by Alice Cooper 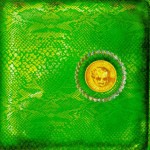 Some records keep getting better with time. “Billion Dollar Babies” by Alice Cooper is certainly one of them featuring songs like “Elected,” the title cut (featuring guest artist Donovan), “Sick Things,” “No More Mr. Nice Guy,” “Unfinished Suite” and this song. The album was originally packaged like an alligator skin wallet complete with photos, a bill fold and a large billion dollar bill. Alice Cooper originally started out as a band featuring singer Vincent Furnier along with Michael Bruce, Glen Buxton and Dennis Dunaway, until Furnier took on the name Alice Cooper for his own. He was one of the first “shock rockers” with a stage show that featured guillotines, baby doll corpses, snakes, electric chairs and lots of fake blood. Like many of his generation, the fine line between the character of Alice Cooper and that of the real Vincent Furnier began to fade away, and as a result Cooper became an alcoholic and a bit of a caricature of himself as the ’70s turned into the 1980s. During the late 1990s with his alcoholic days way behind him, I saw him perform in a Washington DC club and his show featured all of the above-named accoutrements. Not only were his music and vocals still spot on, but the spectacle was amazing. I was brought onto his tour bus after the show to meet him, and he was a gracious host who was about as normal as you could imagine.