You are here: Home / Music / Classic Rock / Song Of The Day by Eric Berman – “Love Sick” by Mariachi El Bronx 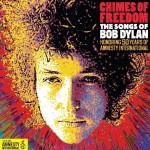 This choice cover comes from the exceptional multi-artist 3-CD set called “Chimes Of Freedom – The Songs Of Bob Dylan” released in 2012 to benefit Amnesty International. I love what Mariachi El Bronx do with this song, completely recasting it to fit their sound. Actually Mariachi El Bronx is the alter ego of the Los Angeles hardcore band called The Bronx who has released three hardcore punk albums under their real name and two mariachi albums under their alias. Many probably remember Dylan’s own televised live version of this song from the Grammy Awards many years ago when an unwanted audience member jumped on stage with the words “Soy Bomb” printed on his chest and spastically gyrated along to the music until security had him removed from the stage. Meanwhile, Dylan seemingly unfazed didn’t miss a beat.