You are here: Home / Music / Film Soundtrack / Song Of The Day by Eric Berman – “I Wanna Be Like You” by Louis Prima and Phil Harris 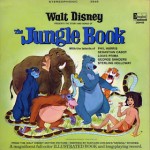 Disney lyricist Robert Sherman has died at the age of 86. Robert Sherman and his brother Richard wrote the songs for such Disney classics as “Winnie The Pooh,” “Mary Poppins,” “Chitty Chitty Bang Bang,” “The Aristocats,” “The Parent Trap,” “Bedknobs and Broomsticks” and the Disney theme park theme “It’s A Small World.” The duo also wrote the hits “Tall Paul” by Annette Funicello, “You’re Sixteen” by Ringo Starr and “Let’s Get Together” by Hayley Mills. This joyous jazz-tinged favorite hails from the 1967 Disney film, “The Jungle Book,” and is sung by Las Vegas star Louis Prima and Phil Harris, who is best known for his novelty hit “The Thing.” The song has been covered by everyone from Phish to Los Lobos to Smash Mouth to The Jonas Brothers.