You are here: Home / Music / Easy Listening/Pop / Song Of The Day by Eric Berman – “I Wanna Dance With Somebody” by Whitney Houston 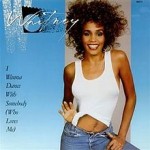 While I was never a huge fan of Whitney Houston, it’s hard to deny that she was superbly talented. Once again, the star making machinery brought someone to the highest of highs and then seemingly jettisoned her to the gutter when the world was through with her. Whether it was Elvis, Michael Jackson, Amy Winehouse and now Whitney Houston, the combination of super stardom, substance abuse and the tell-all tabloid culture we all live in, led to their undoing. With Houston, the decline was slow and steady after the hits stopped coming. Even though Clive Davis seemingly stood by her and was behind numerous attempts at a comeback for her, the world was not having it…and she was not having it either. Whatever her demons were, it is a shame that another bright talent has left the building too early.