You are here: Home / Music / Alternative / Song Of The Day by Eric Berman – “Idioteque” by Radiohead 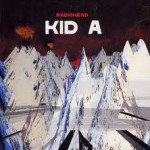 For a while there, Radiohead took on the mantle that Pink Floyd left behind in the 1970s. Both bands released a triumvirate of important influential albums: In Floyd’s case there was “Dark Side Of The Moon,” “Wish You Were Here” and “Animals,” not to mention the Sid Barrett years that preceded them. With Radiohead, we got solid classics like “OK Computer,” “Kid A” (where this song comes from) and “Amnesiac.” While many would disagree with me, I hear a lot of Pink Floyd in Radiohead’s music while their lyrics mine some of the same feelings of isolation that was Roger Waters’ stock in trade. Much like Pink Floyd, Radiohead have sadly jumped the shark by beginning to believe in their own hype. Case in point are their last two albums that while both have their moments, are pretty much soulless exercises. And then there was their embarrassing turn on Saturday Night Live last season with Thom Yorke poncing about on stage showing just how much they’ve begun to drift from relevancy. While I did not get tickets to their upcoming tour, I’m hoping they get back on the right track because they are an important band capable of making some very important music. Here’s a clip from their 2005 tour that shows just how great Yorke and company can be.