You are here: Home / Music / Classic Rock / Song Of The Day by Eric Berman – “We The People” by Garland Jeffreys 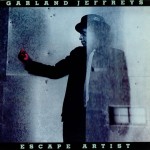 Back in 1980, Garland Jeffreys released an album that the record company he was recording for really got behind in an effort to break him big. The record was “Escape Artist” and featured an all-star backing band that included Lou Reed, Roy Bittan (E Street Band), Danny Federici (E Street Band), G.E. Smith (Bob Dylan, SNL Band), Adrian Belew (King Crimson, David Bowie, Talking Heads, Frank Zappa), Larry Fast (Peter Gabriel), plus Reggae stars Lynton Kwesi Johnson and Big Youth. The record was a solid effort that got some radio airplay with its cover of the song “96 Tears.” The record came with an additional 4-song EP that featured a clutch of Reggae tunes including this gem. In the past, I featured another song from this EP called “Miami Beach,” this one is equally as good!