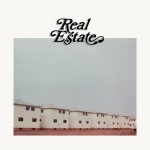 Day three of the 2012 Pitchfork Music Festival was one for musical grazing – going from stage to stage to happen upon whomever is performing. If the music is good, you stay…if it isn’t; it’s on to the next stage. Since Union Park is rather smallish and the body count of 20,000 people per day is miniscule, particularly in comparison to Lollapalooza’s 90,000 per day, Pitchfork is the place to get your grazing on. On the last day, the real find was some Real Estate from New Jersey! Real Estate’s melodic pop blend was a breath of fresh air that rose above the din of tuneless noise and so-called rapping. That’s not to say that tuneless noise and so-called rapping can’t be enjoyable…it was! I’m going to have to check out Real Estate’s latest record called “Days.” Garage rock seemed to be the flavor of the day with strong sets from San Francisco’s Thee Oh Sees and Ty Seagall, plus A Lull from Chicago and The Men whom “Time Out New York” called “Thurston Moore and The E Street Band.” Also from New York was the reincarnated Chavez who featured a blend of anthemic rock and noise. We also got a close-up look at Hip-Hop culture during Compton’s Kendrick Lamar’s set. Lots of “blunt” force happening in the super packed audience as Lamar laid down some rapid fire lyrical flow. Finally, another cool find in the set provided by Unknown Mortal Orchestra who played some great three-piece rock. The band is the brainchild of New Zealand native Ruban Nielson who writes some really good songs. So there you have it, in the words of the immortal Max Yasgur, “three days of fun and music…and nothing but fun and music.”