You are here: Home / Music / Classic Rock / Song Of The Day by Eric Berman – “Man In The Long Black Coat” by Bob Dylan 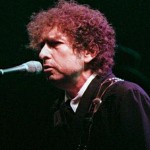 Selected later songs like this one by Bob Dylan are a slam dunk. Going to see him in concert is total a crap shoot…you never know what you’re gonna get, but if you go with low expectations, you should be fine. Albums by Dylan fall somewhere in between from the sublime like “Love And Theft,” “Blood On The Tracks,” “Street Legal,” “Blonde On Blonde,” “Highway 61 Revisited” and “Freewheelin'” to name a few…to the ridiculous like “Down In The Groove,” “Under The Red Sky” and “Knocked Out Loaded.” Some would put “Self Portrait” in the latter category; by I think it’s a masterpiece! Fortunately, 1989 was a great year for Dylan records with the release of “Oh Mercy” and the pairing of his royal Bobness with producer Daniel Lanois. Lanois gave Dylan the perfect settings for his songs, and on this record the set of songs was exemplary featuring now-Dylan classics like “Most Of The Time,” “What Was It You Wanted,” (later expertly covered by Willie Nelson), “Ring Them Bells” and “Political World.”