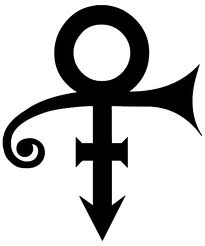 Editor’s note: We have culled many of Eric’s Prince selections from his “Song of the Day”

Song Of The Day by Eric Berman – “Shhh” by

– Second day in a row for a Prince song, however this one’s technically by “The Artist Formerly Known As Prince” or

. Here we have a live version of some deep soul from one of his most underrated albums, “The Gold Experience.” The album was originally supposed to be released in conjunction with Prince’s album “Come” in 1994, but Warner Bros. records in all their infinite wisdom feared a glut of Prince product on the market would be a bad thing and declined to release it. As a result, “

” began to wear the word “slave” on his face. The music from both albums was from a projected musical he was working on called “Glam Slam Ulysses” which never saw the light of day. By the time “The Gold Experience” was released, it lost some of its best tracks including “Days Of Wild,” “Interactive,” “Ripopgodazippa” and “Acknowledge Me.” This song also saw its debut not on a Prince record, but on a record by Tevin Campbell who originally recorded the song in 1993. As for Prince on stage, having seen him several times over the years, the guy’s one of the greatest live performers ever!