You are here: Home / Archives for Prince 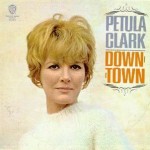 1965, "Downtown" by Petula Clark was at number one on the US singles chart. A young Jimmy Page had played as a session guitarist on the track, giving him his first US number one hit, as well as a number two hit in the UK. 1965, during a Rolling Stones tour of Australia and New Zealand, guitarist Keith Richards had his shirt torn off after 50 fans invaded the stage during the … END_OF_DOCUMENT_TOKEN_TO_BE_REPLACED 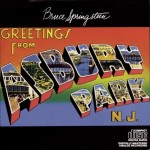 1966, The Beatles record overdubs onto the film The Beatles at Shea Stadium. That night, John Lennon goes nightclubbing with '50s rocker P.J. Proby. 1967, Pink Floyd appeared at The Marquee Club, London, England. 1967, During The Beatles Sgt Pepper sessions at Abbey Road in London, George Harrison on lead guitar and John Lennon on piano failed in their attempts to record … END_OF_DOCUMENT_TOKEN_TO_BE_REPLACED

1964, The Beatles released their fourth album Beatles For Sale. The album featured, "No Reply," "I'm a Loser," "Baby's in Black," "Rock and Roll Music," "Eight Days a Week," and "Everybody's Trying to Be My Baby." 1965, The Byrds started a three week run at number one on the singles chart with "Turn! Turn! Turn!" the group's second number one. Unlike their first chart … END_OF_DOCUMENT_TOKEN_TO_BE_REPLACED 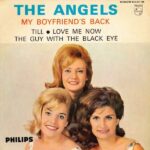 1963, The girl trio Angels started a three week run at number one on the US singles chart with "My Boyfriend’s Back". The writers of the song Bob Feldman, Jerry Goldstein and Richard Gottehrer were three of Brooklyn songwriter/producers who went on to write the hits "Sorrow" and also had the 1965 American number eleven single as The Strangeloves with "I Want Candy". 1965, … END_OF_DOCUMENT_TOKEN_TO_BE_REPLACED

1966, The Beatles performed two shows at the International Amphitheatre in Chicago, Illinois. This was the first stop on what would turn out to be The Beatles' final US tour. Support acts were the Remains, Bobby Hebb, Cyrkle, and the Ronettes. 1967, The Jimi Hendrix Experience appeared at The Ambassador Theatre, Washington D.C. 1967, The Who played at Convention Hall in … END_OF_DOCUMENT_TOKEN_TO_BE_REPLACED