You are here: Home / Music / Alternative / Song Of The Day by Eric Berman – “Sixteen Saltines” by Jack White 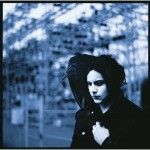 He may have changed his color schemes from red and white to blue for his first solo record, but this song isn’t a White of a different color musically…and that’s a good thing! As the NY Times recently stated, he’s a “Jack Out-Of-The-Box” when it comes releasing records. In an effort to try alternative means of distribution, he released 1000 copies of a flexi-disc single via helium balloon on April 1.  Copies have begun to fall to earth and fall onto eBay for over one thousand dollars a pop so far.  On Record Store Day 2012, which is next Saturday, he’ll release another single that is clear vinyl filled with a psychedelic blue liquid that will stimulate the eye as much as the ear. It will only be available at his Third Man Records headquarters in Nashville on that day…then they’ll be gone. He’s already released a record that spins at 3 RPM, a triple-decker record within a record, tri-color vinyl and laser etched records which also sell for hundreds to thousands of dollars on eBay depending on their pressing runs. Yes, all of these original marketing schemes wouldn’t be worth a hoot if what was in the grooves wasn’t as good as it is. This song is a taste of White’s first solo album called “Blunderbuss” which will release on April, 24.  If this and the previous single release are any indication, not only is this the most anticipated record of the year, it will probably be one of the best. White will also take to the road this summer with two bands, one all-female and one all-male – both with , of course, different color schemes. They will be headlining Lollapalooza in August making it one of the most anticipated sets of the festival. Rave on Jack White…rave on!