You are here: Home / Music / Song Of The Day by Eric Berman – “Save The Country” by Laura Nyro 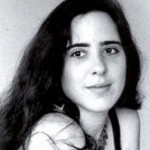 Song Of The Day by Eric Berman – “Save The Country” by Laura Nyro – Laura Nyro was one of the greatest songwriters of the 1960s responsible for many hits recorded by others. Even though she will finally get her due this year by being inducted into the Rock ‘n’ Roll Hall Of Fame, she is still relatively unknown to most people until you survey some of the songs she’s written: “Stone Soul Picnic” and “Wedding Bell Blues” by the 5th Dimension, “Eli’s Comin'” by Three Dog Night, “And When I Die” by Blood Sweat & Tears, “Stoney End” by Barbara Streisand are just some of her gold standard compositions. There is precious little footage of Nyro performing her own songs since she suffered from bouts of stage fright particularly during the 1960s. I was fortunate enough to see her once in 1976 at the Garden State Art’s Center in New Jersey and once in the early 1990s at The Bottom Line in New York City where in both instances she was in fine voice. Nyro’s own versions of her songs are still, in my mind, the definitive versions.