You are here: Home / Music / Alternative / Song Of The Day by Eric Berman – “The Free Design” by Stereolab 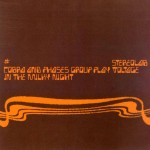 Stereolab’s sound melded European lounge pop with progressive rock to form some of the most pleasurable music of the 1990s. On stage, they were capable of fierce extended psychedelic wig-outs which moved them into early Pink Floyd territory, except they always had the smooth emotionless voices of Laetitia Sadier and Mary Hansen floating above the din to ground the sound. Stereolab formed in 1990 around keyboard and guitar players Tim Gane and Laetitia Sadier (also vocals). Other longtime members included Mary Hansen (guitar/keyboard/vocal) and Andy Ramsay (drums). In 2002, Mary Hansen was killed after being hit by a truck while riding her bicycle. The group continued until going on indefinite hiatus in 2009. This song comes from their exceptional 1993 album called “Cobra And Phases Group Play Voltage In The Milky Night.” The song’s title pays homage to one of Stereolab’s greatest influences, the 1960s Sunshine Pop group, The Free Design, who scored with the hit “Kites Are Fun” in 1967.