You are here: Home / Music / Classic Rock / Song Of The Day by Eric Berman – “Trying” by Dwight Yoakam 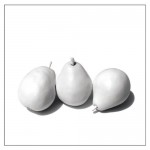 It’s been seven years since Dwight Yoakam’s last album of original material and although time has moved on, it has seemingly stood still when it comes to this album…and that, of course, is a good thing. Yoakam has been treading the line between honky-tonk country and roots rock ‘n’ roll for over 30 years and his approach and sound on the 12 sturdy tracks of “3 Pears” is chock full of the rockin’ soul and painful ache we’ve come to love him for. It was a meeting with Beck Hanson (aka Beck) that got him back into the recording studio in the first place, and Beck turns up here as producer of two tracks. Elsewhere, Kid Rock collaborates on the album’s opener, “Take Hold Of My Heart,” a song that Yoakam began writing 19 years ago and sounds like an outtake from Bruce Springsteen’s “The River.” And no Yoakam album would be complete without at least one full-on honky-tonk cover, and “3 Pears’” offering is the Joe Maphis classic “Dim Lights, Thick Smoke” which is probably better known to rock fans by the Flying Burrito Brothers recording. Elsewhere dashes of horn flourishes provide a soulful bed for “It’s Never Alright” to sleep in, Springsteen-ish bells light up the title track and Beatle-esque touches abound on “Long Way To Go,” adding up to a welcome return for Yoakam on “3 Pairs.”