You are here: Home / Music / Classic Rock / Song Of the Day by Eric Berman – “Tulsa Yesterday” by Chris Robinson Brotherhood 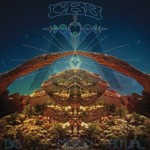 The ghosts of Grateful Dead and Yes are alive and well with the Chris Robinson Brotherhood. Chris Robinson was one of the founding members, guiding force, guitarist and vocalist…and brother of the other founding member Rich Robinson…in The Black Crowes. While the Crowes took The Faces and Rolling Stones as jumping off points, the CRB is firmly influenced by the good old Grateful Dead. The band includes Neal Casal (formally of Ryan Adams’ Cardinals) on guitar, Adam MacDougall (of The Black Crowes) on keyboards, Mark “Muddy” Dutton on bass and George Sluppick on drums. Together, the CRB churn out a heady brew of country-tinged Psychedelia with a hint of prog thrown in for good measure. Their first record, where you can hear the studio version of this song, is called “Big Moon Ritual.”