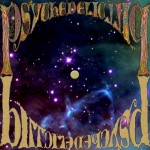 At the beginning of “Year Of The Horse,” the live Neil Young and Crazy Horses album from 1996, a fan yells “It all sounds the same!” to which Neil Young responds “It’s all one song.” No truer words have been uttered by the artist himself to describe his latest offering, the somewhat turgid “Psychedelic Pill.” Neil has been on a roll this year , releasing a live concert DVD, his biography “Waging Heavy Peace,” and two new records with his trusty band Crazy Horse. The release of “Americana,” which came out several months ago, found a fully rejuvenated Crazy Horse crunching through reimagined and reworked versions of American folk songs. While the idea of the record sounded bad on paper, it worked to great effect as many of Young’s concept albums do. Neil and the Horse knocked out “Psychedelic Pill” in the same sessions as “Americana,” yet the Horse of this record sounds tired and old. Case in point is the album’s opener “Drifting Back.” A 27-minute track should take you places, yet this one is dead on arrival with some of Young’s most ridiculous stream-of-consciousness lyrics. I’ve said it before and I’ll say it again, not everything that crosses your lips is golden, Neil. Some judicious editing is in order here. Now don’t get me wrong here, I love Neil Young and have followed every twist and turn his career has taken me though for 40 years. I admire his desire to please himself artistically first, which in turn has made him one of the most interesting musicians of all time. And there are a few good songs here including the gentle “For The Love Of Man” and “Ramada Inn,” an epic length rumination of long-term marriage. There is also one bona-fide classic amongst the ruin in the blistering “Walk Like A Giant,” which at times recalls “Hey, Hey My, My” and actually has some melody amongst its 16-minute heft. But the rest of this over long double disc is chock full of the been there, done that, really tired of this that Neil can do in his sleep…and it does sound like what we have here are the warm-ups and “let’s get reacquainted” jamming that bands do to get into shape before recording the real record, rather than the real record itself.