You are here: Home / Music / Classic Rock / Song Of The Day – “One Of These Nights” by The Eagles 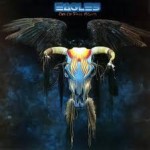 I don’t really like The Eagles. I always got the feeling that they really didn’t like each other, and through the years and many over-priced reunions later we’ve come to find that they really didn’t like each other much anyway. As for their sound, The Byrds and Burritos got there first and did it much better. That said, they are responsible for a clutch of classic rock staples, and they really sounded good amongst the backdrop of classic 70s FM rockers like Steve Miller Band’s “Fly Like An Eagle,” Electric Light Orchestra’s “Telephone Line,” Fleetwood Mac’s “Rhiannon,” Paul McCartney & Wings’ “Listen To What The Man Said,” Bruce Springsteen’s “Born To Run,” Elton John’s “The Bitch Is Back,” Billy Joel’s “Movin’ Out” and Led Zeppelin’s “Kashmir.” Such was the state of FM rock when I was in middle school, when a new John Lennon release like “Rock And Roll” was big news, waving your lit Bic lighter in the air at the end of a concert wasn’t ironic, and practically everyone was issued their very own copy of “Frampton Comes Alive.”