You are here: Home / Music / Classic Rock / Song Of The Day by Eric Berman – “Watcher Of The Skies” by Genesis 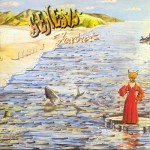 The story of Genesis was a tale of two bands. One was led by Peter Gabriel, and created some of the finest and most challenging progressive rock of the early seventies. Once Gabriel left after their 1974 magnum opus The Lamb Lies Down On Broadway, drummer Phil Collins stepped up to front the band leading them in a more pop-oriented direction leaving chart-topping hits and multi-platinum albums in his wake. Fans of the Gabriel version of Genesis were not necessarily fans of the Collins-led band, yet if you listen to the first few Collins-led Genesis albums, A Trick Of The Tail and Wind And Wuthering, you realize the change in ownership was seamless resulting in very little difference in sound. It was only when the band became a trio following the departure of guitarist Steve Hackett, and Collins and company began going for the hits that this division in sound and direction arose. Frankly, some of my favorite Genesis albums are Collins-led including the aforementioned “Trick” from 1976 and abacab from 1982…and both Gabriel and Collins went on to release great solo records in their own right. This track is culled from the Gabriel-led Foxtrot album from 1972 and really highlights all that was great about early Genesis. The track rocks like nothing that came before it in their canon, yet the airy-fairy minstrel-in-the-garden lyrics that make prog-rock records so quaint and near-and-dear to fan’s hearts are still in place. Gabriel’s voice positively soars here, and if that isn’t enough, this record also includes the epic side-long “Supper’s Ready” a staple of early Genesis concerts.