You are here: Home / Music / Classic Rock / Song Of The Day by Eric Berman – “Wicked Gravity” by Jim Carroll Band 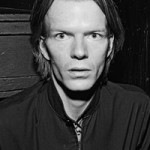 Some may know Jim Carroll by his poetry, others by books like “The Basketball Diaries” or the movie of the same name starring Leonardo DiCaprio, and yet others know him from songs like the harrowing “People Who Died.” But if you know him by the 1980 “Catholic Boy” album, then you no doubt know this song. After a promising high school basketball career that mixed with an addiction to heroin, Carroll formed one third of the mighty triumvirate that included Robert Mapplethorpe and Patti Smith who convinced him to take up music once he kicked his habit. Carroll also went on to work with Lou Reed, Electric Light Orchestra, Blue Oyster Cult, Ray Manzarek of The Doors and Pearl Jam. He became one of the “People Who Died” in 2009 when he succumbed to a heart attack.